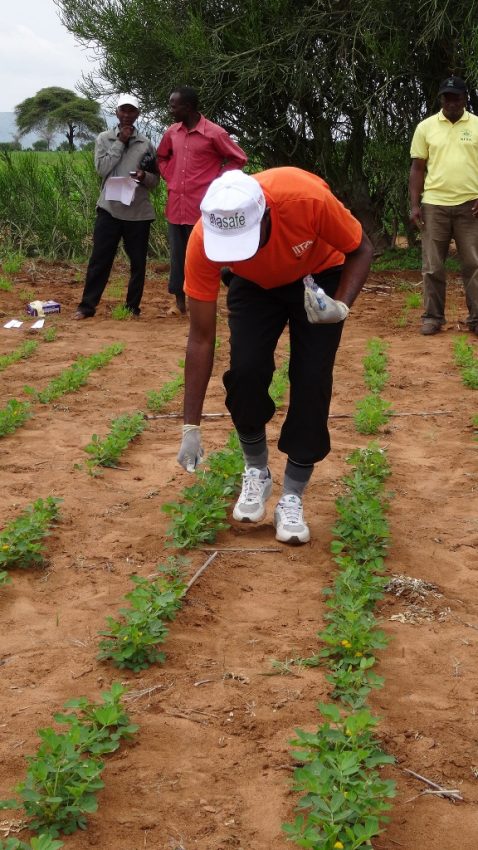 IITA’s Greg Ogbe demonstrates how to apply aflasafe on groundnuts.

IITA recently trained its staff, partners, and farmers in Kongwa District, Tanzania, on how to control aflatoxin using Aflasafe, an effective and safe biological control product developed by researchers at the Institute and partners.

Consumption of mycotoxin-contaminated complementary foods by children under five years has been implicated in the high rates of child growth impairment in Tanzania, manifested as stunting (42%), being underweight (16%), and wasting (5%).

Before the training, the IITA team paid a courtesy call to Jackson Shija, the District Agricultural, Irrigation and Cooperatives Officer (DAICO), who appreciated the Institute’s efforts in supporting them to tackle the aflatoxin problem in the District.

“We are very concerned about aflatoxins because maize and groundnut are staple crops in the area. Our district has the highest stunting rates in the country; 56% compared to 42%, the national average,” he said.

“Although we have been encouraging farmers to grow small grains, especially bulrush millet and sorghum, they are not willing to grow these crops, preferring instead to grow maize and groundnut. Since we have failed to persuade farmers to grow these other crops, efforts to manage aflatoxin are very welcome. Let us find a solution to make the product safe, as we know that farmers will always grow and consume maize and groundnut.” Stakeholders at Kongwa prepare to be shown how to apply the aflasafe in the field.

In addition to creating awareness on aflatoxin and its health threats, the training, held 21―22 January, focused on how to conduct efficacy trials for Aflasafe. Kongwa is one of the target districts where field trials to develop an effective aflatoxin biological control product for Tanzania are being conducted.

According to George Mahuku, IITA Plant Pathologist who led the training, the participants were trained on how to set up trials, how to handle the Aflasafe product, how to apply it on maize and groundnut, what to do or not do after the application, and the types of data to collect.

For example, he said, the farmers or researchers should keep off the fields, and suspend weeding or any farm activities for two to four weeks after application to avoid burying the product in the soil and affecting its efficacy.

A total of 17 participants were trained. They included extension agents from the Ministry of Agriculture, Livestock and Fisheries, Kongwa District Council, the National Biological Control Program (NCPB), and farmers on whose fields validation trials were being conducted. Also conducting the training was Greg Ogbe from IITA-Nigeria, who shared his experiences from similar activities conducted in Nigeria, Ghana, and Senegal. 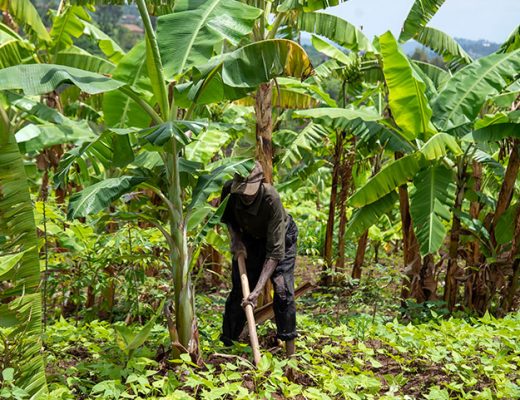 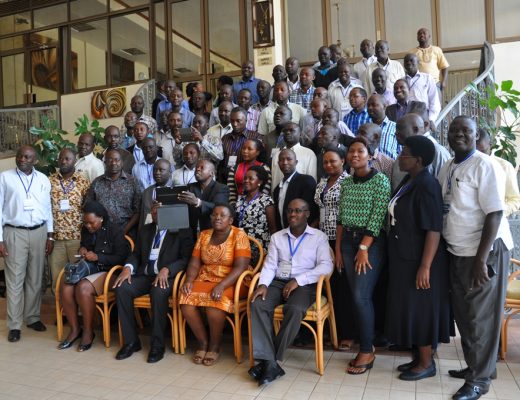 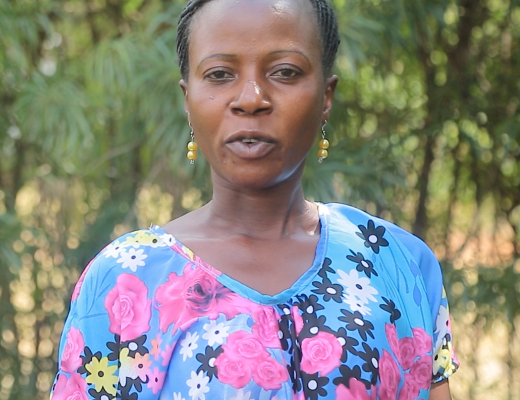