An IITA project seeking to entice the educated youth to go into agriculture and agribusiness was established in Makueni County in Kenya, in collaboration with the University of Nairobi and Makueni County Government and officially launched on 10 March.

The Makueni Youth Agripreneurs (MYA) project, based at the University of Nairobi, Kibwezi station, brings together university graduates in the region from diverse backgrounds. They will be trained on modern farming methods, processing of and value addition to agricultural produce, and entrepreneurship. The project will be replicated in other parts of the country to engage more of the youth in agriculture and contribute to reducing the country’s high unemployment rate.

The initiative is part of a larger program called IITA Youth Agripreneurs (IYA), started three years ago in Nigeria by Dr Nteranya  Sanginga, IITA’s Director General. This program aims to tackle the twin challenges of youth unemployment and the need to increase agricultural production to supply food for a rapidly increasing population. Group photo of youth “agripreneurs” and guests during the MYA launch.

The Makueni project was officially launched at an event at the IITA-Kenya offices at the International Centre for Insect Physiology and Ecology (icipe).by Oscar Musembi Marco, Kibwezi West Sub-County Administrator, on behalf of the Makueni County Governor Prof. Kivutha Kibwana and its Deputy Governor, Hon. Adelina Ndeto Mwau.

Mr Marco lauded the initiative, saying it was much needed in the Makueni County in its current efforts to transform itself and become self-reliant on food. “Through this youth program we are on the right path to transform Makueni County from being food insecure to becoming a breadbasket of the country,” he said, “and change the youth in Makueni from being job seekers to job creators.”

He added that the Makueni County government had set aside Kshs 25 million (US$277,330) to give low interest loans to young people, women, and those with disabilities. He urged the youth to take advantage of this incentive.

Dr Sanginga, who was also at the event, said Makueni County had been selected so the youth could support the Institute’s efforts in providing a solution to  aflatoxins―those deadly chemicals produced by molds which attack maize and other grains―as the area was one of the hotspots for the problem in the country.

“IITA is setting up a factory to produce aflasafe, a biological control solution to aflatoxins. The technology requires sorghum to be used as a carrier. The youth will produce and supply the factory with sorghum,” he said. “They will create employment and, at the same time, produce a great public good for the people of Makueni.”

He further added that the program was a start and would be replicated throughout the country; members of the group would be involved in outreach and the training of other young men and women.

He said that the IYA program had received much support from donor agencies and was well on track to reach its target to spread the program to 20 countries in sub-Saharan Africa.

Prof Geoffrey Kironchi from the University of Nairobi, one of the collaborators in the project, said the University had donated part of its 1200 acres of land and greenhouses at its Kibwezi station to MYA to grow vegetables through irrigation as a start-off activity. He added that the project, bringing together those from different backgrounds, could be instrumental in attracting the youth to agriculture.

“Our youth are not attracted to agriculture yet there are a lot of opportunities in the sector. We all have to eat every day. There is also a lot of food wasted and uneven distribution. While some parts of the country have an abundant food supply all year, others are constantly faced with famine and starvation.”

This was echoed by Prof Nancy Karanja also from the University of Nairobi. She said the University was fully committed to the project and its endeavor to create youth employment. “It’s very disheartening to us as teachers and parents when we find our students loitering around after graduation because there are no jobs,” she said. “And on the other hand as a country, we can only talk of development once we are able to feed ourselves.” 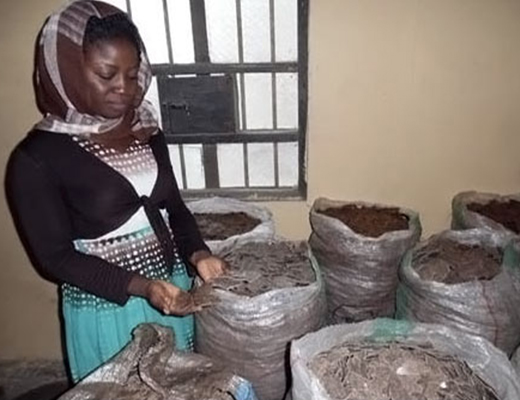