Allied Atlantic Distilleries Limited (AADL), Africa’s biggest maker of ethanol from cassava, says improved varieties and best-bet agronomic practices in the production of cassava, which it obtained from IITA and passed on to farmers have doubled the yield of the root crop, making it possible for farmers to supply more of this raw material to the industry than earlier expected.

Commissioned on 30 January in Lasada, Igbese community in Ogun State, the ethanol factory will produce 9 million liters per annum of extra neutral alcohol, requiring approximately 250 tons of cassava per day.

Already over 8,000 farmers located within 70-km radius of Igbesa covering Ogun and Oyo states, southwest Nigeria, have been engaged and the factory is providing more than 40,000 indirect jobs to people in the area, Mr Ola Rosiji, Chairman of AADL said.

“With the support of IITA, our farmers have doubled their yields from an average 12 t/ha to 22 t/ha; our farmers now earn double what they would have earned,” he added.

Commending the board and management of the company, Dr Kenton Dashiell, IITA Deputy Director General, Partnerships & Capacity Development, representing Director General Nteranya Sanginga, said the inauguration of the factory was indeed a good opportunity for Africa, and especially cassava growers, who now have more markets for their produce.

He said that the factory would create jobs, attract foreign investment, and create wealth for the people, adding that IITA is willing to partner with the private sector to lift 11 million people out of poverty and also reclaim and put into sustainable use 7.5 million hectares of degraded land.

Collaboration between IITA and AADL, a subsidiary of the Lexcel Group began in the early 2000s when the project was conceived and IITA provided inputs to the feasibility study of the investment. Also under the Cassava Transformation Agenda, which is being coordinated by Dr Richardson Okechukwu, IITA is again linking farmers to the factory. In addition, the Institute is also providing training and improved planting materials and technical advisory support to the firm.

HarvestPlus Country Manager Paul Ilona said the factory would change the outlook of cassava from the global perspective of “a poor man’s crop” to an industrial crop.

The Governor of Ogun State, Senator Ibikunle Amosun commended IITA for the good work it has been doing to improve the lives of people in Africa.

Workshop on ISFM held in Ibadan 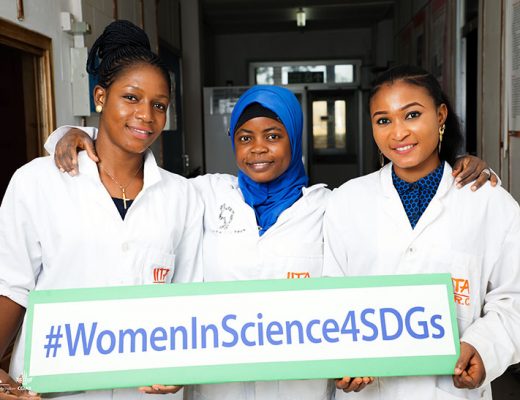