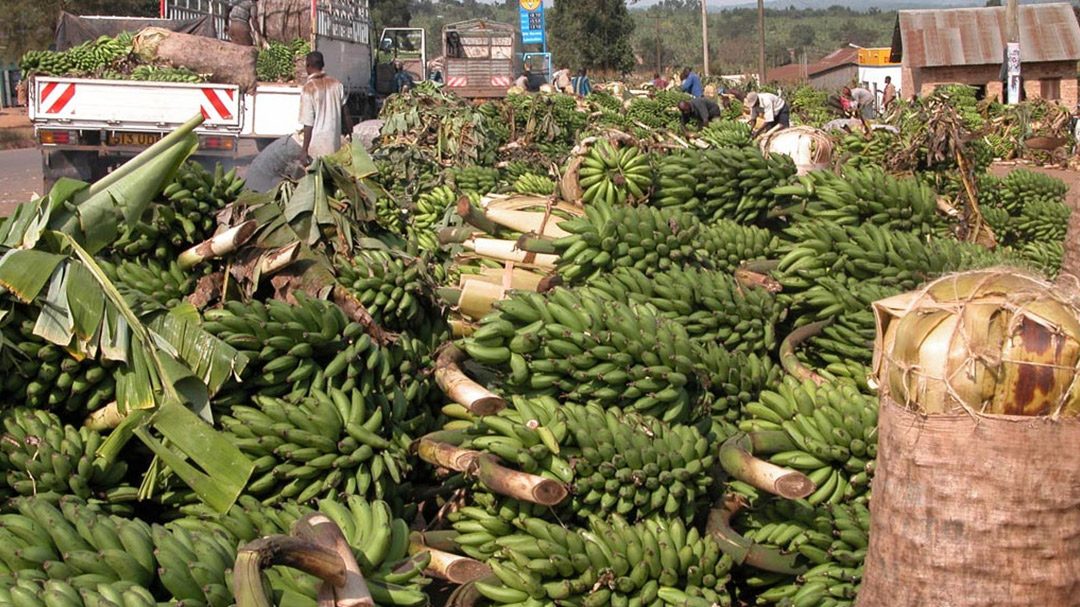 Hi pests and diseases, it’s your nasty cousin Fusarium. I’ve got an update for you from banana fields and scientists’ labs in Arusha, Tanzania. Its rather mixed news, I am afraid, as the humans seem to be making some progress.

First, some good news. Coffee prices and profits are down so many farmers are interested to switch to bananas. That could mean a bigger area to attack. And once I can get into the soil in their fields, I can stay for at least sixty years. Isn’t it great?

Fortunately, most farmers still aren’t aware that I am spreading in their irrigation water and even on their pruning tools. And climate change seems to be giving me a helping hand, because farmers are irrigating more since it has been so dry. I’m on the move, and you don’t have to take my word for it. According to Akida Meya, of The Nelson Mandela African Institution of Science and Technology (NM-AIST). “Since last year Fusarium wilt is making a breakthrough in higher lands on Mount Meru above 1,200 meters where it hadn’t gotten a foothold before.”