Farmer in a cowpea field

The Scientific Advisory Committee (SAC) of COMPRO-II, an IITA-led project that assesses the quality and effectiveness of commercial products in the marketplace that claim to increase crop yields, held its  Planning Meeting on 21–23 January at the Golden Tulip Hotel, Kumasi, Ghana. It was hosted by one of the project partners, Kwame Nkrumah University of Science and Technology (KNUST).

The purpose of the meeting was to discuss progress made so far and the challenges faced and come up with strategies to address these in the third year of implementation. The meeting brought together 35 participants from the project team and key partners from the six participating countries including objective leaders, country representatives, and representatives from regulatory agencies. Also at the meeting, was Dr Vasey Mwaja, the new Program Officer in charge of the project from the Bill & Melinda Gates Foundation. Dr Mwaja expressed his appreciation for the commitment shown by the project team. He further urged the team to ensure that by the end of the meeting they would have developed a clear action plan which would steer the project over the next 3 years.

During the meeting, PhD students supported by the project presented their proposals for feedback from the SAC members The SAC members also committed to be actively involved in supervising the PhD students as well as providing scientific advice and support to the team.

On the last day of the meeting, the participants visited KNUST facilities after which they were graciously hosted to a dinner by the Vice Chancellor of KNUST, Professor William Otoo Ellis.

During the meeting the team shares the lessons learned and came up with clear strategies to steer the project forward including the necessary adjustment to selected milestones.

In his concluding remarks, Dr Mwaja noted that progress made by the project was evident and the key to this was the active involvement of partners from regulatory agencies. “Always ask yourselves how you will have contributed to the success of this initiative which is making a difference in the lives of the smallholder farmers”, he concluded. 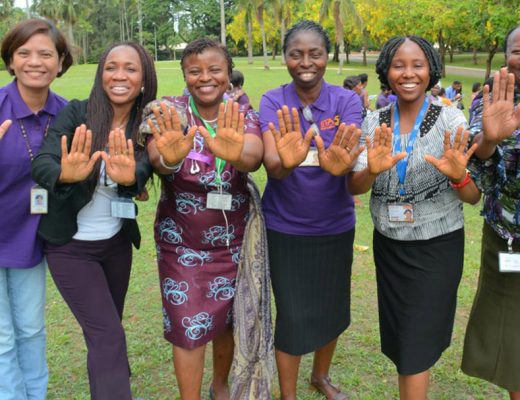