DG Sanginga in a hand shake with DR Congo’s President, His excellency Joseph Kabila Kabange at the launch of the Agribusiness
Park in Bukanga Lonzo

The President of the Democratic Republic of Congo (DRC), His Excellency Joseph Kabila Kabange and Dr. Nteranya Sanginga, IITA’s Director General met last Tuesday at the opening of the Bukanga Lonzo agribusiness park to exchange ideas on the role of agriculture and agribusiness for economic growth in the DR Congo.

Since most of the country’s present growth heavily depends on the mining sector, the DR Congo could develop its agricultural potentials through applied research leading to the employment of more than 70% of its population. Also, the climatic and ecological diversity and abundant water enables two annual harvests of a wide variety of crops incountry, demonstrating why the DR Congo is also called “Land of Plenty”.

President Kabila recognized the good prospects that IITA’s research and postharvest innovations are bringing to his country by inviting IITA as a potential partner in the establishment of agribusiness parks throughout the DR Congo. The parks will service small, medium and big size farmers with public-private Partnerships.

The pace for facilitating the high level meeting at Bukanga Lonzo was set throughout the establishment of the IITA Science Building in Bukavu, South Kivu province in Eastern DR Congo accompanied by IITA’s high level advocacy efforts in Kinshasa. It led to the presence of various government officials at the official launch of the IITA Science building on June 5th, which included the Governors of North- and South Kivu and the Minister of Agriculture and Rural Development, Hon. Jean-Chrysostome V. Mukesyayira, who officially represented President Kabila.

The launch was followed by a visit from DR Congo’s First Lady, Madame Olive Lembe Kabila, to witness first-hand IITA’s post-harvest innovations and cassava and soy bean value chain product development that IITA is pioneering in the DR Congo.The meeting of DG Sanginga and President Kabila sets another milestone
in validating the excellent relations  between the Government of DR Congo and IITA. 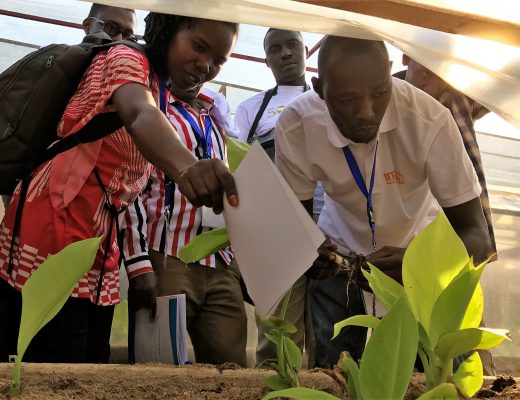 Celebrating IITA50 in Rwanda: How collaboration between CGIAR and scaling partners can make science work for farmers 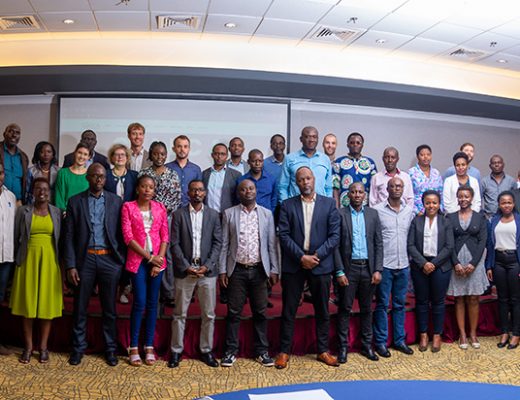