While climate and development policies in Uganda are becoming more gender sensitive, there is still a lot to be done in their formulation, regulatory framework, and implementation to ensure that they adequately cater to women and men´s needs in the effort to reduce vulnerabilities and build resilience to the impacts of climate change.

This is one of the findings of a study by gender researchers from IITA and the International Center for Tropical Agriculture (CIAT) on how women and gender issues are framed in climate and development policies in Uganda. The aim of the study was to better understand how gender is addressed in national policies and identify gaps. The research team conducting focus groups discussions with men and women in the two districts.

The study was conducted under the Policy Action for Climate Change Adaptation (PACCA) project that is led by IITA as part of the CGIAR Research Program on Climate Change, Agriculture and Food Security (CCAFS).

The team studied seven agricultural policies and five national plans, conducted key informant interviews, and held focus group discussions with men and women in two districts in Uganda—Rakai and Nwoya. A summary of the findings of the study was published by CCAFS in an infonote and a blog article written by one of the researchers, Mariola Acosta, a Research Fellow and PhD student at Wageningen University, The Netherlands.

‘Victims’ or ‘key agents of change’: The team found that the usage of the terminologies ‘women’ and ‘gender’ in the various national policies could reinforce gender stereotypes. Women are depicted as either vulnerable victims or associated with vulnerability or, on one hand, seen as ‘key agents of change’ crucial for successful development and climate work.

Researchers said that reinforcing gender stereotypes leads to simplification of development work instead of putting in place strategies to address key, structural gender imbalances combined with further analyses to better understand what men and women really need and want to successfully adapt to climate change.

Everybody’s business is nobody’s business: The study also found that since climate and gender issues were cross-cutting issues mainstreamed across ministries and departments, this led to lack of clear structures for enforcement and mechanisms to monitor gender mainstreaming activities. Influence of customs and traditions: The majority of the policies and plans reviewed also failed to adequately address the gender power dynamics existing at different levels and the structural gender inequalities and power structures that underpin women’s vulnerability to climate change. For example, in the two districts, customary laws and traditions greatly influence the governance of rural communities relegating the formal policies and by-laws to the background.

According to Acosta, the research team hopes that by sharing these insights, the policymakers, advisors, and development practitioners in East Africa will be more aware of the current status of gender policies and to better understand how to address gender inequalities in climate change and development plans and policies. This will help empower both men and women to effectively adapt to climate change and build a prosperous and food-secure future. 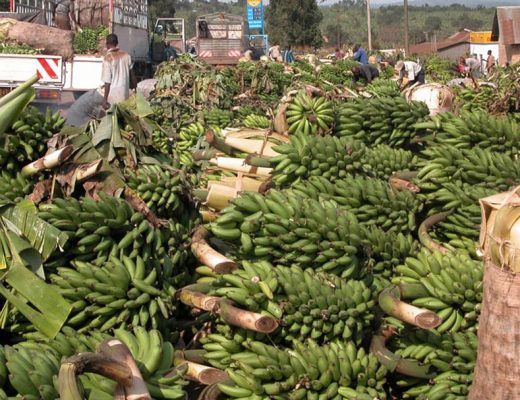