Agriculture has been identified as a major sector which can help to increase growth in the economy of African countries,” said the Prime Minister of the Democratic Republic of Congo, Matata Ponyo Mapon, on 14 July, at an exhibition organized by the Government and IITA.

The exhibition Young Congolese and Agribusiness showcased various products derived from cassava and soybean at the Prime Minister’s garden in Kinshasa.

Speaking during the exhibition, Mr Matata Ponyo said the Government had identified the youth as “agents of change that would bring the necessary technologies and zeal to revolutionize the agricultural sector.”

He added that the government shared IITA’s vision of improving agriculture through research, science-driven agriculture, and youth involvement in the sector.

“The organization of this exhibition is a testimony to the engagement of the President, His Excellency Joseph Kabila, the Prime Minister, and other ministries to improve agriculture especially in the rural areas,” he said.

Impressed by the activities of IITA especially on youth involvement in agriculture, the Prime Minister commended IITA Director General Nteranya Sanginga, for IITA’s youth initiative and promised that the country would support the spread of the initiative. Dr Mahungu Nzola-Meso, IITA’s country representative, thanked the Prime Minister and members of the cabinet for the opportunity given to IITA to showcase agriculture from a new dimension. The IITA Youth Agripreneurs initiative is spreading across Africa and aims at reducing youth unemployment around the continent.

“Agriculture is the best sector to bring youth into business. IITA joined in the same view by initiating the Agripreneur model which is now well known on the continent. Young Agripreneurs are really committed to learn business using agriculture along the value chain from the seeds to the consumer,” he said.

He added that chapters of the youth group already existed in parts of DRC such as Bukavu, Kinshasa, and Kisangani. There are expectations that the model would be extended to other parts of the country.

The different groups of the IITA Youth Agripreneurs in DRC were joined by their counterparts from Nigeria for the exhibition.

The exhibition is an outcome of the visit to IITA Nigeria by two special advisers to the Prime Minister, Mr Gerome Masankisi Kamwanga and John Ulimwengu, in June this year to explore areas of partnership and investment with the Institute. 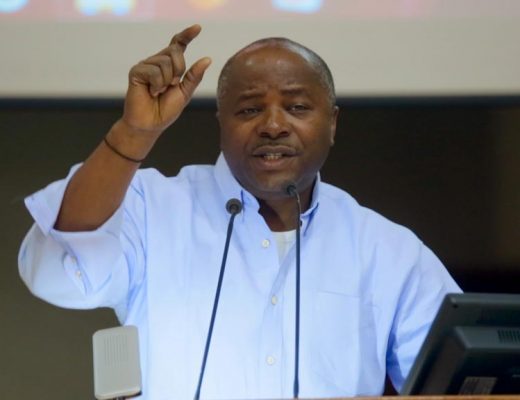