Partners implementing activities under the Africa RISING – NAFAKA scaling project held their first annual review and planning meeting  8-10 July, in Dar es Salaam, Tanzania, where they discussed effective ways of scaling up improved crop varieties to Tanzania’s smallholder farmers. The meeting was attended by over 30 participants including representatives from CGIAR centers and organizations from the research and development sector overseeing scaling activities in the project.

The project was launched in October 2014 through funding by the USAID mission in Tanzania. It is working
to support ongoing research by Africa RISING to disseminate best-
practice technologies on vegetables, maize, rice, and postharvest methods that can sustainably increase farm productivity.

“Holding this meeting where we can discuss the implementation issues and carry out joint planning is absolutely essential if we are to reach the target of 47,000 beneficiary households in maize- and rice-based systems within the country,” noted Haroon Sseguya, Africa RISING Technology Scaling Specialist. “The team is also aiming to expand the area under improved rice production technologies to 116,000 hectares and increase both maize and rice yields by 50%.”

Participants at the meeting discussed the experiences from year 1 of implementing project activities and used the lessons learned as a basis to plan better for year 2. Some of the emerging issues raised by partners from year 1 included partnership challenges; difficulties of seed distribution networks in the country and how to overcome them; reporting on USAID/Feed the Future indicators; as well as the best approaches for scaling up and scaling out technologies.

A significant output from the meeting was the development of work plans
for year 2 by all partners in a round
table set-up that allowed more integrated planning. For the scaling approach to be used in year 2, it was resolved that all partners would be expected to continue making visits to the “mother farmers” in the initial project intervention sites even after establishing new “baby sites.”

Training sessions on project communication tools and monitoring and evaluation were also conducted as a means to improve project reporting and documentation during the three-day meeting.

“Through this meeting we were able to come up with work plans that we will manage to implement together with our fellow partners who are working in the same geographical sites. This is very important to the success of the project,” explained Kalimuthu Senthilkumar, Systems Agronomist at AfricaRice Center.

Veronica Uzokwe, Agronomist/SARD-SC Tanzania Country Coordinator, noted that the meeting was important in helping partners to achieve, within a short time, what they could not have completed   while working from different project locations.

“We brainstormed and came up with ideas to fast-track the process of meeting project objectives as a team and not as independent Institutes. The fact that we had representatives from AVRDC, AfricaRice, IITA, NAFAKA, World Agroforestry Center (ICRAF), International Maize and Wheat Improvement Center (CIMMYT), KATRIN, TAMASA, ARI-ILONGA, ARI-HOMBOLO, and others around the same table enriched our discussions and facilitated  decision making about next year’s activities,” she said.

The Project Management Team (PMT), which is responsible for providing oversight on project activities, also held its inaugural meeting, chaired by Dr Irmgard Hoeschle-Zeledon, Africa RISING Coordinator for West Africa and East/Southern Africa. Key decisions taken by the PMT included the need for all project partners to involve local government authorities in their activities as much as possible, the way forward on reporting on Feed the Future indicators, and the development of success stories. 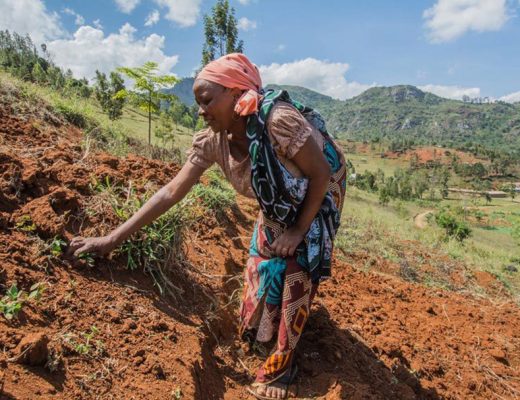