The partners and project team of the Putting nitrogen fixation to work for smallholder farmers (N2Africa in short) project, met in Arusha, Tanzania from 28 – 31 October 2014, to review  the progress made  and challenges encountered in the first year of its second phase.

The project‘s goal is to boost the production of legumes among small holder farmers to improve  their  income and nutrition while at the same time enhancing soil fertility through promoting the use of these improved technologies.

During the first phase, different technologies for boosting legumes production were tested together with farmers in eight countries across sub-Saharan Africa and the most promising ones identified. The technologies include improved high-yielding varieties of four legumes: cowpea, groundnut, soybean and common bean, as well as inputs such as appropriate fertilizer mix and inoculants  (bacteria that strengthen ability of legumes to fix nitrogen).

The aim of the second phase of the project, which started in March 2014 is to find ways to sustainably disseminate these technologies even further, and to reach twice as many farmers in 11 countries. Funded by the Bill & Melinda Gates Foundation, the project, is led by a consortium  comprising of: Wageningen University,  International Institute of Tropical Agriculture (IITA), Alliance for a Green Revolution in Africa (AGRA)  and the International Livestock Research Institute (ILRI) and is implemented through a wide range of partners.

“One of challenges of legume production is lack of well-developed seed systems. Farmers usually do not buy legume seeds, and therefore, private seed companies are not motivated to produce legumes seeds,” said Professor Ken Giller, the project leader from Wageningen University. “The project  is therefore looking into ways to create effective seed supply systems through Private-Public Sector partnerships.”

Another major challenge is the unavailability of rhizobium inoculants and lack of policy and regulations to control their quality:  “While in all the project countries, we were able to demonstrate that using the right inoculants combined with fertilizers can double legume yield, very few of the countries have private or public companies producing and marketing these inoculants in sufficient quantities and quality. Furthermore, the countries also lack polices on quality standards  of inoculants and therefore cannot control the quality of products coming into the market,” said Bernard Vanlauwe, IITA Director for Central Africa.

“We have made a lot of progress in our first year in addressing constraints to production of legumes in the 11 countries we are working in. The Phase I countries such as DR Congo, Ghana, Nigeria Rwanda, Kenya, Mozambique, Malawi and Zimbabwe are now focusing on commercialization of these technologies and institutionalization of the project. While the new project countries such as Ethiopia, Tanzania and Uganda are pre-testing the identified promising technologies to identify  the most effective and appropriate one .” Dr Kanampiu the IITA N2Africa coordinator said. “There has been a lot of sharing of information and lessons learned across all the countries and the over a 164 project partners.”

Peter Ebyanat, the N2Africa Uganda coordinated noted in their first year the project’s efforts focused on identifying and bringing onboard partners to work with and the technologies to roll out. “One of the areas  we will now focus on is to improve the quality of the local inoculant which is being produced by Makere University to ensure its available to meet demand and quality requirements. We will also focus on developing community seed systems in addition to engaging private seed companies to ensure farmers have access to the new improved varieties.

In Tanzania, the project made proress in putting in place policies and regulations on inoculants. “We have developed guidelines for registration of bio fertilizers which include  rhizobium inoculants  including procedures for quality control. Therefore the authorities can be able to test any products coming into the market. Next step will be to identify private sector companies interested in distribution on inoculants to farmers,” said Freddy Bijukya, the national coordinator.

The project also explored  ways to strengthen partnerships with on-going similar initiatives for  sustainability through their representatives present at the meeting. These include:

Overall phase two of the project seeks to reach more than 550,000 small-holder farmers with these improved technologies and to ensure they triple their investment by getting three dollars back for each dollar invested. 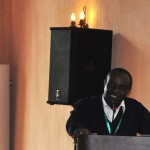 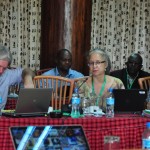 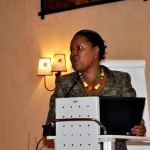 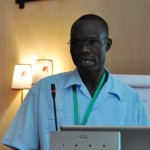 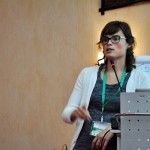 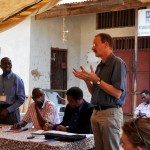 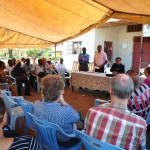 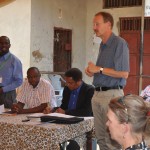 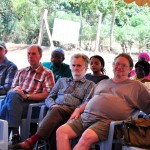 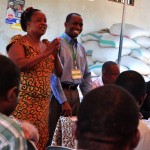 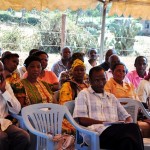 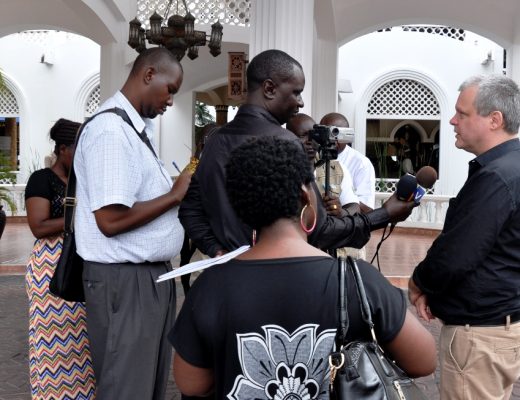