Last 28 April, about 90 representatives from various sectors of society engaged in the area of food and crop safety and health converged at the Radisson Blu Hotel in Lusaka, Zambia, for a consultative workshop on aflatoxin awareness and Aflasafe. The workshop participants were drawn from about 55 institutions and organizations working with IITA on aflatoxin and Aflasafe research in Zambia. The workshop was organized by the Zambia Agricultural Research Institute (ZARI), National Institute for Scientific and Industrial Research (NISIR), IITA, and the United States Department of Agriculture – Agriculture Research Service (USDA-ARS).

Dr Juliet Akello, a Postdoctoral Fellow and project manager of IITA’s aflatoxin and Aflasafe research in the country, said that the workshop was primarily aimed at creating awareness among the general public on the dangers posed by aflatoxins on humans and livestock.

“We also intended to share practical control methods such as the aflatoxin biocontrol product Aflasafe, developed by IITA and partners, as well as other efforts that the Zambian Government has put in place to manage and mitigate the occurrence and effects of aflatoxin in food crops. Additionally, we also wanted to explore ways to make sure that Zambian farmers get their hands on Aflasafe,” she added.

The guest of honor, Honorable Given Lubinda, Minister for Agriculture and Livestock (MAL), in a speech read on his behalf by Mr Moses Mwale, Director of ZARI, indicated that aflatoxin was a significant challenge to producing safe crops in the field and stores and putting safe foods on the plates of Zambians.

“In Zambia, aflatoxin is not adequately and appropriately controlled or regulated as most foodstuffs are produced and consumed locally with limited or no testing by the relevant regulatory authorities,” he said “As a result, millions of people may be consuming high and unsafe levels of aflatoxin through their diets on a daily basis.” He noted that the presence of aflatoxin levels above acceptable international standards led to the restriction of Zambian groundnut exports to the European Union market; therefore, control was needed to achieve greater agricultural development, food security, and improved health in the country.

“I recognize and commend the critical role being played by IITA and other cooperating partners such as ZARI and NISIR in dealing with the scourge of aflatoxin in Zambia, particularly in the development and deployment of the biocontrol product Aflasafe. My Ministry and I will  follow the progress of your work in this area with keen interest,” Minister Lubinda emphasized.

The Minister also cited the support given by the donor community in aflatoxin research, particularly that of the USAID which is funding a project on controlling aflatoxins in maize and groundnut in farmers’ fields under its Zambia Feed-the-Future Research & Development Program. The German donor GIZ is also providing funds to develop a business plan and pathway for the commercialization of Aflasafe.

At the workshop, Dr Akello highlighted the importance of aflatoxin in Zambia. Dr Peter Cotty of USDA-ARS discussed the principles of biocontrol and its status in the United States. Dr Ranajit Bandyopadhyay of IITA highlighted Aflasafe development in other Africa countries as well as Zambia. The participants also learned about the successful adoption of Aflasafe in Kenya from Dr Raphael Wanjogu of the National Irrigation Board, and in Nigeria from Ms Faridah Ibrahim of Doreo Partners. A lively discussion ensued afterwards.

Based on deliberations by the participants during the workshop, the following were recommended as next steps in managing aflatoxin in Zambia: (1) further capacity development is needed for extension workers on aflatoxin management; (2) more awareness activities should be carried out across the country to educate more people on the harmful effects of aflatoxin in food and crops; (3) Aflasafe should be deployed as widely as possible among farmers, with the Government taking the lead and ownership similar to the way it was done in Kenya; (4) sustainable programs for aflatoxin mitigation must be put in place at the farm level: this would also need policy support from decision-makers; and (5) the official registration of Aflasafe should be expedited so that Zambian farmers would have full access to it, with ZARI leading this effort. 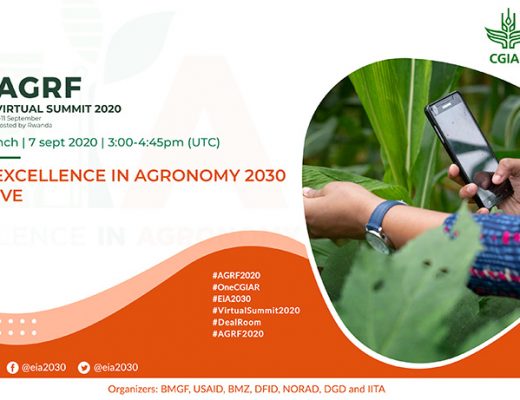