Dr Emmanuel Njukwe, Country Representative, IITA Burundi, was a guest speaker at the Burundi Economic and Social Development Forum held at the Hotel Club du Lac Tanganyika, Bujumbura, on 23 April. The Forum was organized by Burundi’s Ministry of Foreign Affairs and was chaired by Burundi’s First Vice President.

At the event which was attended by European Ambassadors, donor organizations, and NGOs, Dr Njukwe presented on IITA’s Business Model for Cassava, made a case for a reform in Africa’s cassava processing, and projected the efforts of IITA in this regard.

Dr Njukwe highlighted the multiple uses of the crop, noting that cassava remains important in sub-Saharan Africa for food security and income generation and also serves as a major food crop for many in Burundi.

“Cassava has great potentials as a source of starch and as feed for livestock. It is a high-yielding crop that is tolerant of poor soils and produces more under good management. Its production can, however, be hampered as it is bulky, highly susceptible to pests and diseases, and has a short shelf life that requires immediate processing after harvest,” said Dr Njukwe.

He noted that IITA’s business model for cassava was already bridging the gap between urban and rural processors and helping farmers and processors in Cameroon to reach international markets in Gabon and Congo-Brazzaville and other domestic markets as well.

“The main objective of the business model is to assess the viability of centralizing factories for processing high quality cassava flour (HQCF) in the urban centers while primary processing of dried cassava chips is decentralized and sourced at village levels in the rural areas.”

He added, “This business model aims at reducing postharvest losses and creating jobs for the youth and women in rural areas. To achieve success, a holistic and comprehensive approach in R4D is necessary that considers and addresses production, processing, and marketing challenges simultaneously and involves various stakeholders, such as farmers, development partners, policymakers, the private sector, and researchers.”

Explaining the process further, he noted that various activities are undertaken to build capacity of the end-users such as training on crop management, machine use, product development, and fabrication for the private sector. Top policymakers are involved in the process during the release of IITA cassava varieties and the events to promote the use of cassava flour in bakery products.

The Government of Burundi is now partnering with IITA to reproduce these benefits for its citizens. As a symbol of commitment IITA has been asked to develop a similar business model for banana and to sign a four-year memorandum of understanding with Interchurch Organization for Development Cooperation (ICCO), Burundi (2015 to 2018) for the implementation of both business models (cassava and banana) with support from the Netherlands Government. 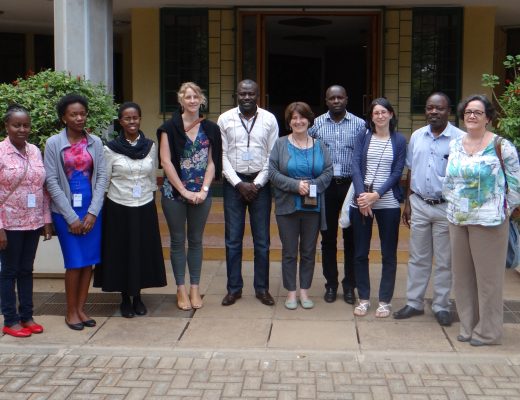