An innovation platform was launched last week in Dar es Salaam, Tanzania. The platform brings together all the stakeholders along the soybean value chain from farmers to government and nongovernmental organizations and the private sector to address the challenges facing soybean sector development in Tanzania.

The platform was launched by Dr Jackson Nkuba, Assistant Director of Research and Development of the Ministry of Agriculture, Food Security and Cooperatives (MAFC) on behalf of Ms Sophia Kaduma, the Permanent Secretary, MAFC at the end of a two- day meeting of the stakeholders in the soybean subsector held 13–14 May.

Dr Nkuba noted that soybean production in Tanzania had been increasing steadily over the years with the current production estimated at 5000 tonnes. “The Government’s soybean sector strategy,” he said, “plans to increase this production to 2 million tonnes by 2020.”

However, he noted that, even though the demand for soybean had increased, producers often failed to meet market demand owing to a lack of access to inputs such as good seeds, inoculants, and fertilizers; finance and markets; and smallholder farmers’ lack of knowledge and the skills of modern farming methods.

“To address these obstacles we need to coordinate the efforts of all the different actors and development partners to have tangible and quick results. I am therefore pleased to see the formation of this innovation platform to promote the development of the soybean sector in Tanzania. I am also very pleased to be chosen as its patron,” said Dr Nkuba after reading the message from the Permanent Secretary.

The idea of forming a platform was initiated in December 2013 at the launching of the Catholic Relief Services (CRS) Soya ni Pesa Project, funded by the United States Department of Agriculture (USDA) and implemented in Ruvuma, Njombe, and Morogoro regions.

“CRS is very pleased to see the launching of this platform and will continue to support it and the development of the soybean sector in Tanzania,” Ruth Junkin, the CRS representative, said during the event.

Frederick Baijukya, an agronomist with IITA, noted that soybean had real potential to make a difference in the livelihoods and nutrition of smallholder farmers in Tanzania. “Soybean can be processed in the home into food products which can improve the nutrition and in turn the health of the communities and, in particular, the children. Soybean is also a source of cash for farmers and can also improve soils through fixing nitrogen in the soils.”

The platform will enhance soybean production in the country by facilitating learning and information sharing among all the actors along the soybean value chain, improving coordination of interventions, and linking different actors. This in turn will lead to the proper utilization of available and emerging opportunities. 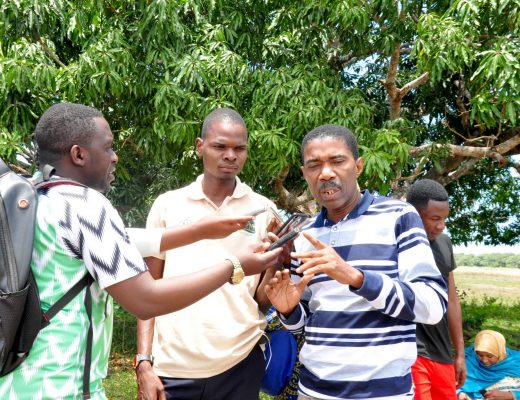