N2Africa has received a prestigious prize through the Harvesting Nutrition Contest, sponsored by the World Bank, which aimed at rewarding agricultural projects around the world  that have bridged the gaps between nutrition, agriculture and food security. N2Africa was picked among 50 highly-acclaimed projects from around the world, all showcasing efforts to improve the impact of interventions in agriculture and food security on nutritional outcomes.

The contest was organized by the Secure Nutrition Knowledge Platform in partnership with the Global Alliance for Improved Nutrition (GAIN) and Save the Children.

N2Africa emerged winner alongside two other projects. It was chosen because of its positive impact on the nutrition of its beneficiaries, novelty in its approach to linking agriculture and nutrition, demonstration of an application of old approaches employed in an innovative way, and potential feasibility on a broad-scale basis.

In addition to getting the US$ 5000 prize money, N2Africa will also be documented in a multimedia portrait which will be made available for viewing on the Secure Nutrition website.

The N2Africa project focuses on maximizing benefits for smallholder farmers growing legumes, such as groundnut, cowpea and common bean – generally regarded as women’s crops in Africa – through nitrogen fixation. This is a process that gives soil bacteria the ability to convert atmospheric nitrogen into plant-usable forms. IITA and Wageningen University are taking the lead in this project that is being implemented with funds from the Bill & Melinda Gates Foundation and the Howard G. Buffet Foundation. 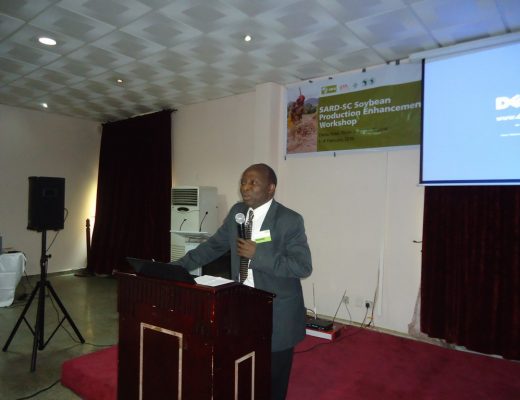