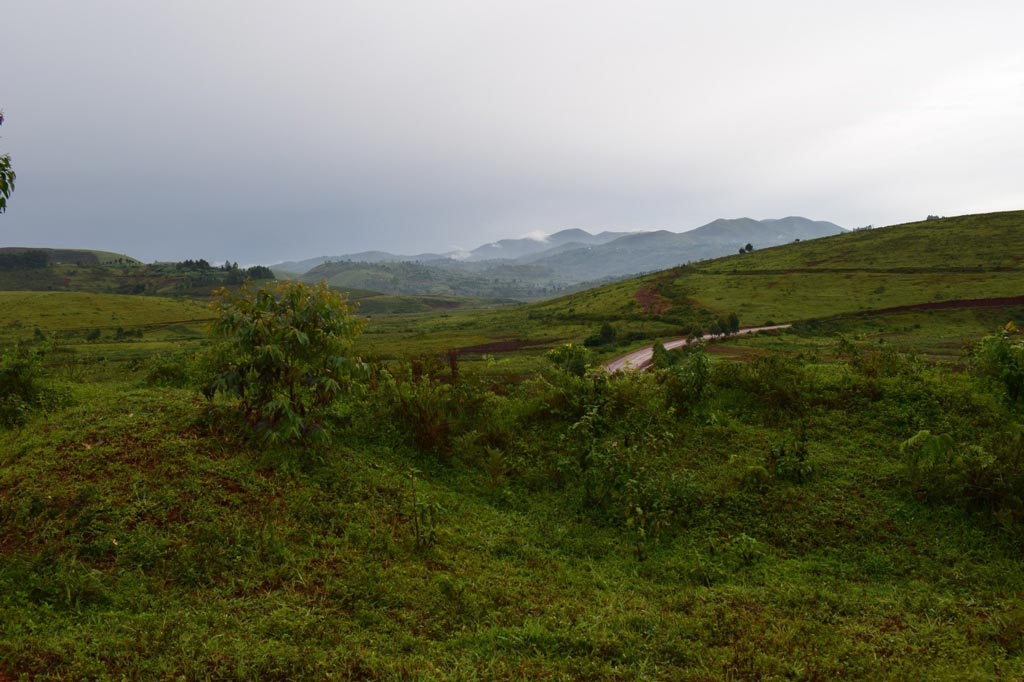 The Democratic Republic of Congo is often preceded by its reputation of being unsafe, violent, and unstable. Having lived in Bukavu, the capital South Kivu, for over two years, I have seen women and men’s tenacity, resilience, and tremendous warmth, a side of DRC that often does not reach the press. Bukavu is a bustling town of over 1 million. Upon leaving town, one soon sees verdant, rolling green hills stretching for miles (Photo 1).

The project “Strengthening Livelihood Strategies of Vulnerable Women in the Democratic Republic of the Congo” is a pilot intervention that began in 2017 with the aim of enhancing women’s financial capabilities, which refers to the “attitude, knowledge, skills, and self-efficacy needed to make and exercise money management decisions that best fit the circumstances of one’s life”. The main objective of the project is to support women’s empowerment through improvements in financial capability using a combination of approaches in which entrepreneurial knowledge, skills, and attitude are addressed to support positive behavioral changes in household financial decisions. Although women often engage in business and savings, household relations with spouses may constrain women’s opportunity to decide how to spend their money. Such practices can undermine development objectives to improve gender parity.

Twenty-six women from two villages participate in the project; their ages range from 28 to 65 and 67% of the women project beneficiaries are illiterate. Fourteen of the women are married, and seven are widows. The other women manage households while their husbands migrate in search of work, often in mines. Husbands may not return for years at a time.

The women face many challenges, but they are not insurmountable. To build women’s financial capabilities so that they may empower themselves and press for progress in their lives, the project was designed to build women and men’s capacity and change behavior so women gain greater support in their enterprise and savings activities. Men participated in training and gender dialogue groups (GDGs) were used to discuss decision-making and planning of a household budget, for example. In the 4 months since the project started women formed two groups, started businesses of selling rice, beans, flour, and banana, among others, and are saving in a formal account. For half of the women, this is their first experience of owning a savings account; only 27% of the beneficiaries’ households received credit in the last 2 years. One group named themselves Rhugwasanye, which in the local language Mashi, means “Let’s help each other”. The 14 members saved US$275. In addition, women support each other in social, economic, and health issues (Fig. 2). Widows generally share their resources and make decisions with influential men in their household, including their sons, or brothers-in-law. But, as Mapendo* said, “I am a widow but I always asked for my children’s advice. Since the training, I put into practice the lessons from the training and I can decide on my own and inform my children.” Martha[1] is a widow who worked as a banana seed provider until her husband died 5 years ago (Fig. 3). Through the project and the startup capital provided she was able to restart her business. She purchased 1‒2 month-old seedlings from a local banana plantation one day per week and sells to women coming from town. This is her first experience of saving through a formal savings scheme and she has saved a modest $20, which she will use to purchase iron sheets.

Judith* is a widow who also works in the banana value chain (Fig. 4). She buys unripe bananas and ripens them to sell to those who brew beer. This is also her first experience in a savings group. She said, “Before the intervention, I didn’t know the importance of saving.” Both women aspire to increase their sales and the scale of their business. Eve* is a married woman who is among the top savers in her group, selling rice and beans. Of her husband who participated in the project’s joint training, she said “There has been improvement because today I bring my share, he brings his share, and we decide jointly. Before, he decided by himself.” Her husband supports her. She explained, “If I save, then his income will be used for other household needs.”

Although the project is relatively new, many lessons have been learnt and there is reason to celebrate the successes of women who are pressing for change. Women are making positive changes in their relationships in their household, within their community, and with their fellow group members. These relations are important to women’s ability to improve their financial capabilities. Relationships affect a woman’s capacity to manage her income, whether for business or for savings. Projects must incorporate holistic approaches to tackle poverty’s most pressing issues, across geographies. Through such interventions and women’s and men’s collective efforts, we can #PressforProgress and attain gender parity.

Note: The project “Strengthening Livelihood Strategies of Vulnerable Women in the Democratic Republic of the Congo” is funded by the Bill & Melinda Gates Foundation.

by Renee Bullock and Bonaventure Munzunghirwa

Working the soil: A case for investing in long-term soil research to feed the future