Cassava roots affected by cassava brown streak diseases – the linkage map will help scientists in their efforts to develop varieties resistant to this and other  deadly diseases.   Photo by J. Legg

A high-resolution linkage map and chromosome scale-genome assembly for cassava by a group of international researchers, including some from IITA, has been published in G3 Genes Genomes Genetics, and highlighted by the Genetics Society of America (http://www.g3journal.org/content/5/1/133.full).

It was accomplished through two collaborative projects funded by the Bill & Melinda Gates Foundation. One of them, administered by IITA, focuses on the development of mapping populations, and the other, by  University of Arizona, focuses on improving the cassava genome sequence.

“This will be a valuable tool in a number of research areas from diversity assessments to functional genomics and will ultimately assist researchers to efficiently identify and use genetic variation for improved productivity, disease resistance, enhanced nutrition and to develop varieties for industrial processing amongst other applications,’ she said. 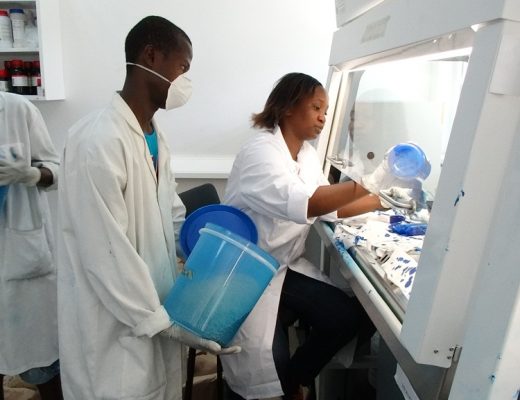