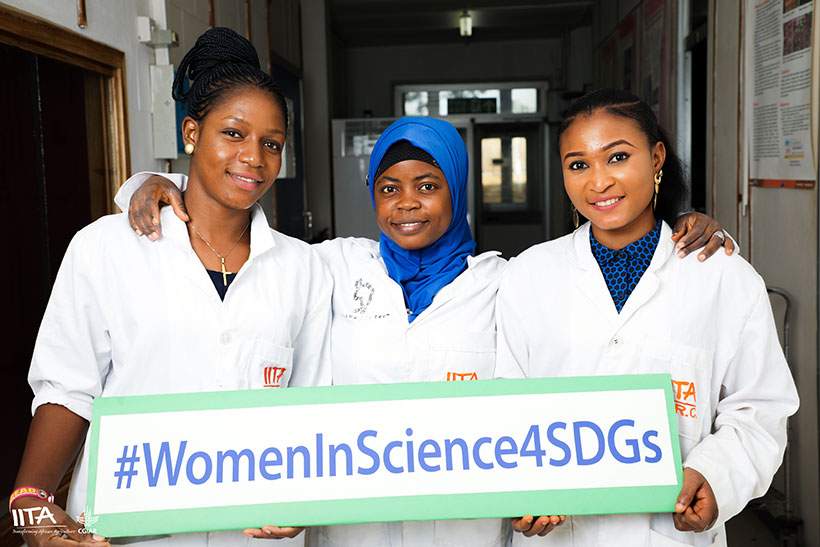 The world marks today, 11 February, as the International Day of Women and Girls in Science. The day offers a unique opportunity to take a stand for women and girls in science by encouraging more of them to go into science fields and to break the stereotypes that hold them back from achieving more. Bridging the gender gap in science is vital to achieving sustainable development in any country of the world. More so, science-related fields are critical to developing national economies. Unfortunately, most countries are yet to achieve gender equality in Science Technology Engineering and Mathematics (STEM). Even though the global community has made a lot of effort in inspiring and engaging more women in science over the past 15 years, many are excluded from participating fully in science.

According to UNESCO (2014‒2016), less than 30 percent of researchers worldwide are women. And only around 30 percent of all female students select STEM-related fields in higher education. Globally, it has been noted that female student enrolment is particularly low in ICT (3%), natural sciences, mathematics and statistics (5%), and in engineering, manufacturing and construction (8%). To commemorate the day, we look at how IITA has provided equal opportunities for women in employment and empowerment in the workplace in consonance with the organization’s mandate of gender equality, especially in science.

What does the day mean to female scientists in the organization? For Dr Ana Luisa Oliveira, Molecular Geneticist Breeder, “The International day for women and girls in science is a day we, female scientists, are appreciated.” But curiously, she said: “I don’t like all these women days…I wish to see a day when we would have abolished all these women days.” That means, women ‘would have bridged whatever inequality gaps that exist in all fields of human endeavors”.

Mrs Abigail Adeyemi, Laboratory Manager, Genetic Resources Center (GRC), who has been in science for 27 years, said the day aims to honor women who have contributed to the growth of science as well as educate young girls on its importance and encourage them to study it.

In IITA female scientists have come a long way, given their contributions to the success of the organization. Their number has impressively increased over the years so has their impact has been felt in all aspects of scientific research in plants and nutrition in Africa. Adeyemi avers that the contribution of women and girls in science has been of great and positive impact to the success of what IITA is today.

“For instance, many women scientists who participated in the training of girls (and boys alike) have stimulated their interest in science, which has contributed to IITA success stories being witnessed today.” Echoing the same sentiments, Oliveira said “IITA women scientists should be celebrated for their varied and successful contributions to what the organization is today. Women, as either scientists or wives to scientists are great examples to young girls interested in science because of their tenacity and strength in the various fields of science.”

The crux of today’s celebration is to encourage and support girls and women to achieve their full potential as scientific researchers and innovators,” according to Antonio Gutteres, United Nations Secretary General. He adds, “The paucity of women in science can also be improved by encouraging young girls in science, give them continued training,” says Adeyemi, and “for those of us in the field, we should continue to be good role models within and outside IITA.”

Unfortunately, long-standing biases and gender stereotypes are steering girls and women away from science-related fields. Those already in the field usually work in male-dominated environments and are not immune to gender bias and discrimination. Oliveira said: “I have never seen my gender as a challenge. An outspoken and opinionated lady is accepted with some reservation and fear by both male and female peers. Not a few times, an opinion or idea is given by a woman and it is completely ignored by peers. A few minutes later, a male colleague repeats the exact opinion and it generates applause from everybody.”

Adeyemi’s experience supports this: “It has been a very serious challenge especially when one works with male colleagues who have no respect for women. I have experienced some insults, intimidation, bullying, and discrimination, but the grace of God helped me to surmount such situations.”

In spite of seemingly difficult terrain women scientists work in, today, 11 February, the “world celebrates the achievements of women, known and unknown, remembered and forgotten, who have forged the way for those of us in science today and to give an opportunity to children, girls and boys, to choose their role models in science,” says Princess Nisreen El-Hashmite, Iraqi Princess, who overturned convention to become a medical doctor in a very conservative society.

Staff proud to work for IITA