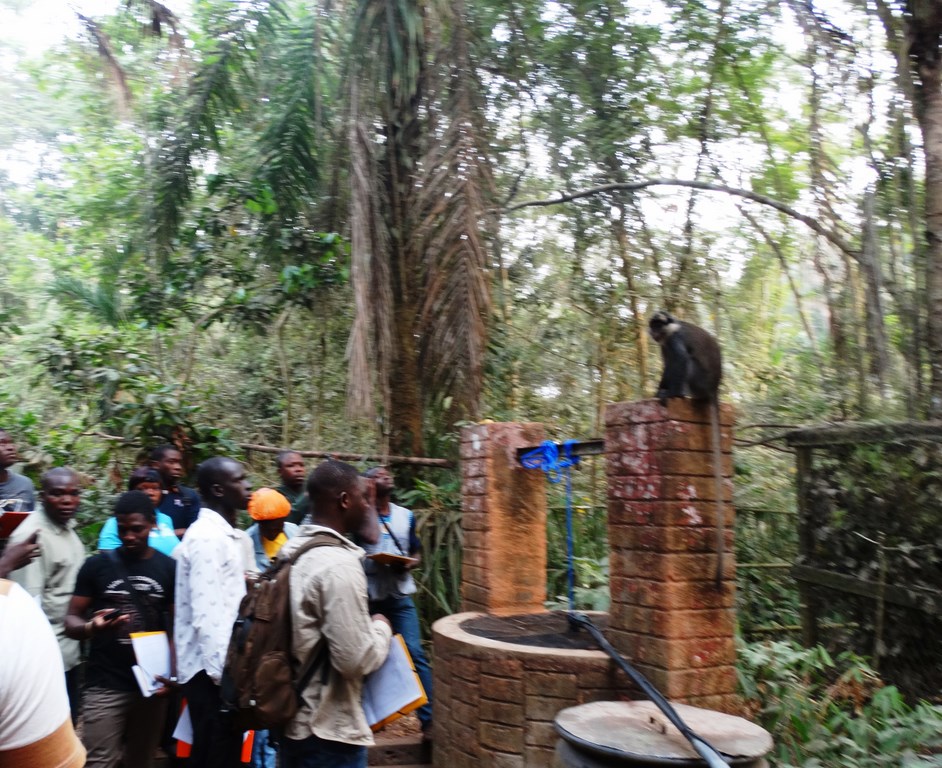 A big male red-belly holds court and protects his female and young, who sit in the trees above the well and look back at the trainees.

A workshop was organized at IITA-Benin on 7-14 January to strengthen the research capacities of 14 young researchers already active in nature conservation from universities and NGOs in Benin and Togo. The workshop also aimed to demonstrate the standardized procedures for observing monkeys and empower the participants to launch new projects in national and international cooperation.

After two days of theoretical training at IITA-Benin, the participants spent a day at the “Sanctuaire des Singes de Drabo Gbo” in the IITA forests of Drabo. The trainers stressed that this was the only place in the world where red-bellied monkeys are used to people and can be observed at ease. In the other sites in Benin and along the border to Nigeria or Togo, where this monkey has been recorded, the animals are hunted and therefore extremely shy. This visit allowed the participants to observe this species close up and develop their skills in recording its behavior. The next day they departed for a prolonged visit to the Lama Forest, where they learned how to estimate monkey populations along fixed observation lines in the forest. The last day was spent again at IITA wrapping up the workshop findings. Participants in front of the gate to the ‘Sanctuaire des singes de Drabo Gbo’.

The IITA forests of Drabo were officially handed over to IITA last year, and are managed by Peter Neuenschwander. The forests are reserved for research in nature conservation focusing on plant and insect biodiversity, but also involving all sorts of wildlife, including endangered monkeys. This is in view of the continuous effort by IITA and the IITA-Benin station in particular to study the links between biodiversity and sustainable agriculture. The full texts of the workshop proceedings are available here. 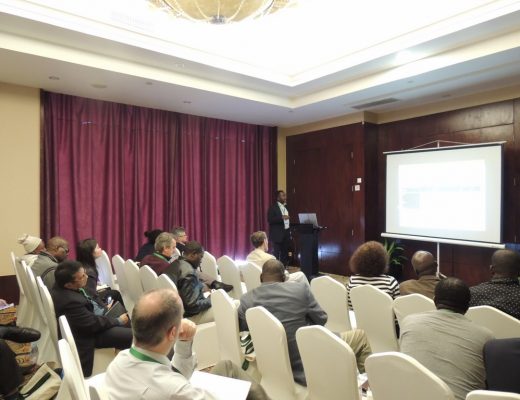