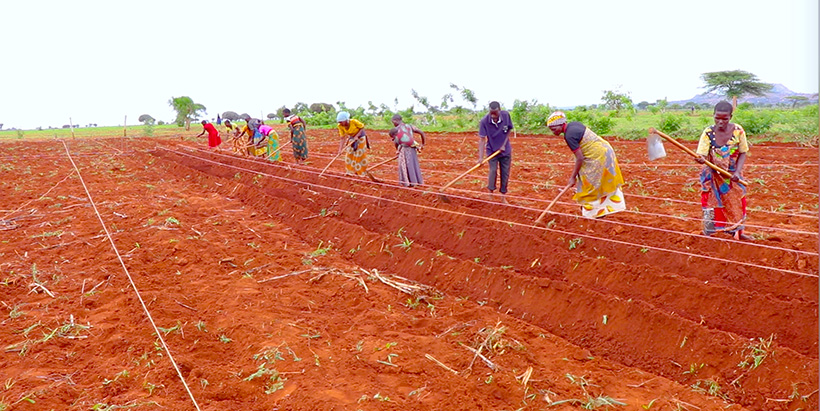 “Drought affected the crop varieties we used to grow. It also increased attacks by pests and diseases, and we did not know how to manage them. One could plant but not harvest at all,” says Salum Lipeni, a farmer from Lindi, Tanzania.

“I was spending much time to plant on a big farm size, but I harvested very low yields,” added a farmer Paulo Masadu from Dodoma. Paulo Masadu, a farmer from Dodoma

Climate change is currently a serious issue that affects many areas of life, including human and economic development; agriculture is one of the sectors most affected.

Yet agriculture is key for economic growth and income and food for millions of people in many developing countries. However, another group of farmers is celebrating new knowledge gained on how to cope with climate change.

“I have adopted the contour technology on my farm so that I can have rainwater for my crops and have a higher yield for food. I also use improved seed varieties,” says Harieth Mwendi, a farmer in Dodoma.

“I like this farming a lot, especially the tied ridges technology because even with few rains, one can manage to harvest compared to our traditional farming where we used to lose all the crops,” says Monica Meshack.

These farmers are beneficiaries of a project seeking to build capacity in the country to implement climate-smart agriculture, which enables agriculture to increase productivity, become resilient to climate change(adaptation), and where possible, contribute to efforts to slow down climate change (mitigation.)

The International Institute of Tropical Agriculture (IITA) is one such partner working to identify the best-bet agricultural practices and technologies to withstand climate change in collaboration with stakeholders and demonstrate what is appropriate for the regional production system.

IITA has established field demonstration plots in various agroecological zones, including Unguja, Pemba, and Lindi for Coastal Region, Iringa Region for the highlands, and Dodoma and Morogoro regions for the semi-arid zones.

IITA is demonstrating climate-smart agriculture technologies and practices to the farmers. These include improved varieties that are drought tolerant and water and soil conservation technologies such as chololo pits, tied ridges, and terraces The project is also working with farmers to help them try out these practices and technologies in their fields to validate them.

The Nghumbi village chairperson, Yona Nashon, noted that the farmers have accepted the CSA practices and technologies because of the benefits seen in their semi-arid lands. “These technologies help farmers to be resilient to climate changes which affect our region. You will find a farmer planting on a small farm size but producing a lot of yields compared to those practicing traditional farming.” 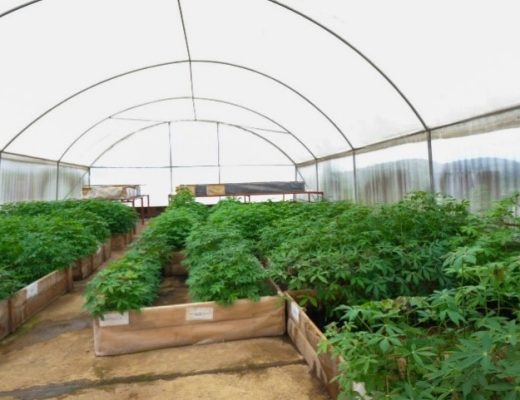 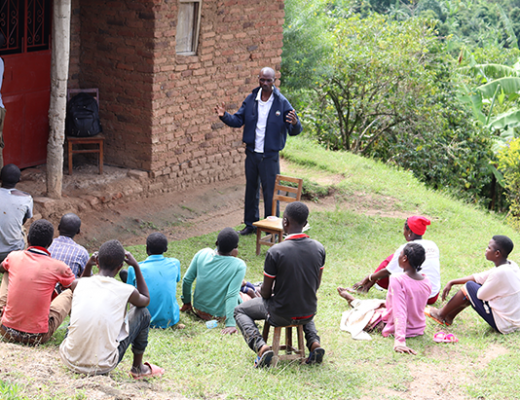